Where Have You Gone, Liliana Rose? 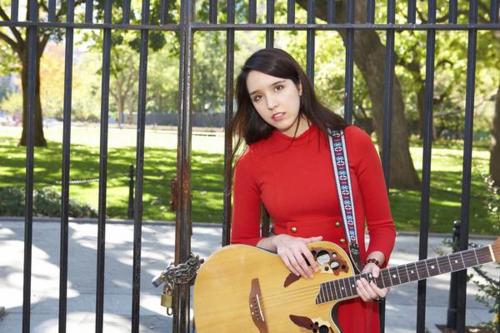 She found me through the Internet.  Rather, I found her, just not on purpose.  Her YouTube music videos seemingly manifested on the computer screen before my eyes and I fell for her voice right off the bat.

That was eight or nine years ago.  She had a website back then promoting both appearances where she'd perform among the Greenwich Village scene and an upcoming EP (which is like a shortened version of a full record).

Liliana Rose fit in with the folk-influenced revival making waves around the mainstream music scene at the time with popular bands such as Mumford and Sons and the Lumineers surfacing.
​

​I never got a chance to go and see her live but I was sure she’d develop quite a following and move on from small NYC gigs.   A full-touring lady of the stage.  Why wouldn't she?  She had a beautiful voice, the looks of a young Joan Baez, a bohemian vibe, and (from what I’d seen in her videos) confidence in her act.

Most of the songs I recall browsing through on her YouTube page were intriguing covers.  “House of the Rising Sun”, “Let It Be,” and “I’ve Been Working on the Railroad” are just a few.  They’re songs that I don’t even feel the need to cite because of their legacies.  Liliana’s various videos were all songs rooted in—or transformed into—a classic folk sound.  ​

​I purchased a digital version of Liliana Rose's Postage Stamp EP right when it first came out.  While she was most known for her version of “You Are My Sunshine” (which I recently learned she performed on Fox’s the X-factor in 2011), the recording of the title track “Postage Stamp” really felt like her best work.  Her video of the song on YouTube doesn't do justice to the polished product on the EP.  It stands today as one of few original songs she’s written and recorded, but lasts as a tease of her potential.

I moved away from the New York Tri-State area shortly after I discovered Liliana Rose’s online presence, and now I’ll probably never get a chance to see her play a small club somewhere on Ludlow or Bleecker Street like I’d imagined doing.  Her website has since vanished.  Her social media presence is still active, but minimally so.  She hasn’t released any official material on her own since the 2009 seven-song EP, which is still available on iTunes and Amazon for less than seven dollars.  There’s nothing I’ve seen to suggest she has any upcoming performances booked.

Despite being on the other side of the country from Liliana’s home base, I still revisited her YouTube page from time to time over the next few years, or came across one of her songs randomly shuffled from my I-pod or computer.  Eventually, I got a new computer and cut my losses with previous digital purchases.  Then I got a new iPod and Liliana Rose completely disappeared from my devices.  Soon she became a distant memory, and then temporarily forgotten, until now. 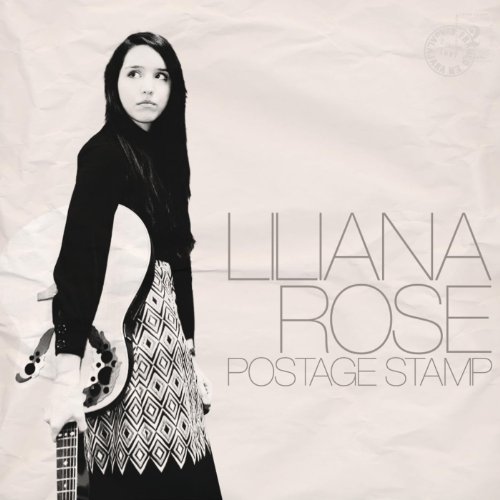 ​A new video has popped up on Liliana’s YouTube page as recently as four months ago, and another the month before that.  However, just a total of five videos have surfaced over the past year, and before that was a two-year absence.

It took some digging around, but I learned that in the two-year absence Liliana Rose apparently ditched the name she branded and marketed over the years and associated herself with two other musicians to form a band called Liontide.  The band did release an EP in 2013 that I have not listened to.  There’s hardly much to be found about the band online other than the fact they recorded this one EP.  As for myself, maybe I’d like them, but Liliana’s mere presence in the band hasn’t pushed me over the edge to go out and find a way to listen to them.  Their one and only music video online has done less to push me towards hearing the rest.  It’s not so much what they are, but more so what they aren’t, which is simply Liliana Rose.

There was something so beautiful and intimate about the big-eyed girl alone with her own guitar and voice.  She’d post a video of herself in a room, staring into the camera as she sang, and I’d watch it alone in a room.  She’d be there on one side of the computer and I’d be on the other.  She’ll never know I was on the other side, but it was still something that felt so personal that I didn’t have to share.  That’s lost with Liontide, as is her straightforward do-it-yourself approach.

So I ask where have you gone, Liliana Rose? 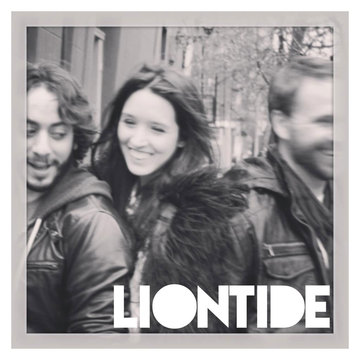 I know where she is in a literal sense, but I don’t know where Liliana Rose—as she initially presented herself—has gone.  At least what she was still exists online and in the realm of folk.

Folk, as defined, is "music, usually of simple character and anonymous authorship, handed down among the common people by oral tradition" or "music by known composers that has become part of the folk tradition of a country or region."
​
That's Liliana Rose and what she represented with the majority of songs she covered or wrote as a near-anonymous.  The concept of leaving videos online ties in technological advances with the folk world, while still helping to market the name of the no-longer-totally-anonymous artist, while still being passed down among common people through oral tradition.

I still believe she could have turned into way more than a near-anonymous by continuing on alone with just her voice and guitar, but maybe that wasn't what she wanted.  Her style may be less relevant today than the music scene in 2009, and perhaps her best shot is with Liontide, though we haven’t heard much from them in a while either.

Maybe she's not seriously pursuing music anymore at all, burying it behind some other passion.  Maybe she's gotten married and started a family and has other priorities in life.  I don’t know.

For all I do know she might still pick up a guitar and find places to discreetly perform from time to time without promoting it online.  I like to think that’s the case, and that tonight she’ll play in front of a crowd of twenty or thirty people, giving them the performance of her life.  The rest of the world would never even know about it.  I'd be okay with not knowing because that's a sacrifice I’d make for the sake of the spirit of folk; let it live on.

So when I ask where have you gone Liliana Rose, I’d rather not know.

Maybe Liontide is on the verge of something big, or she’s back to playing on her own, or not playing at all.  What I do need to know is that I won’t lose the Postage Stamp EP again, or drift too far away from the countless songs she posted on YouTube years ago.

So wherever you are, Liliana, keep doing your thing.  Just don’t take away that mark you’ve already left behind for us online like a trail of breadcrumbs.  The existence of those videos adds to the folk legacy.

"I'll Follow You Into the Dark" By Death Cab for Cutie


Contact me with questions or opinions regarding this article: